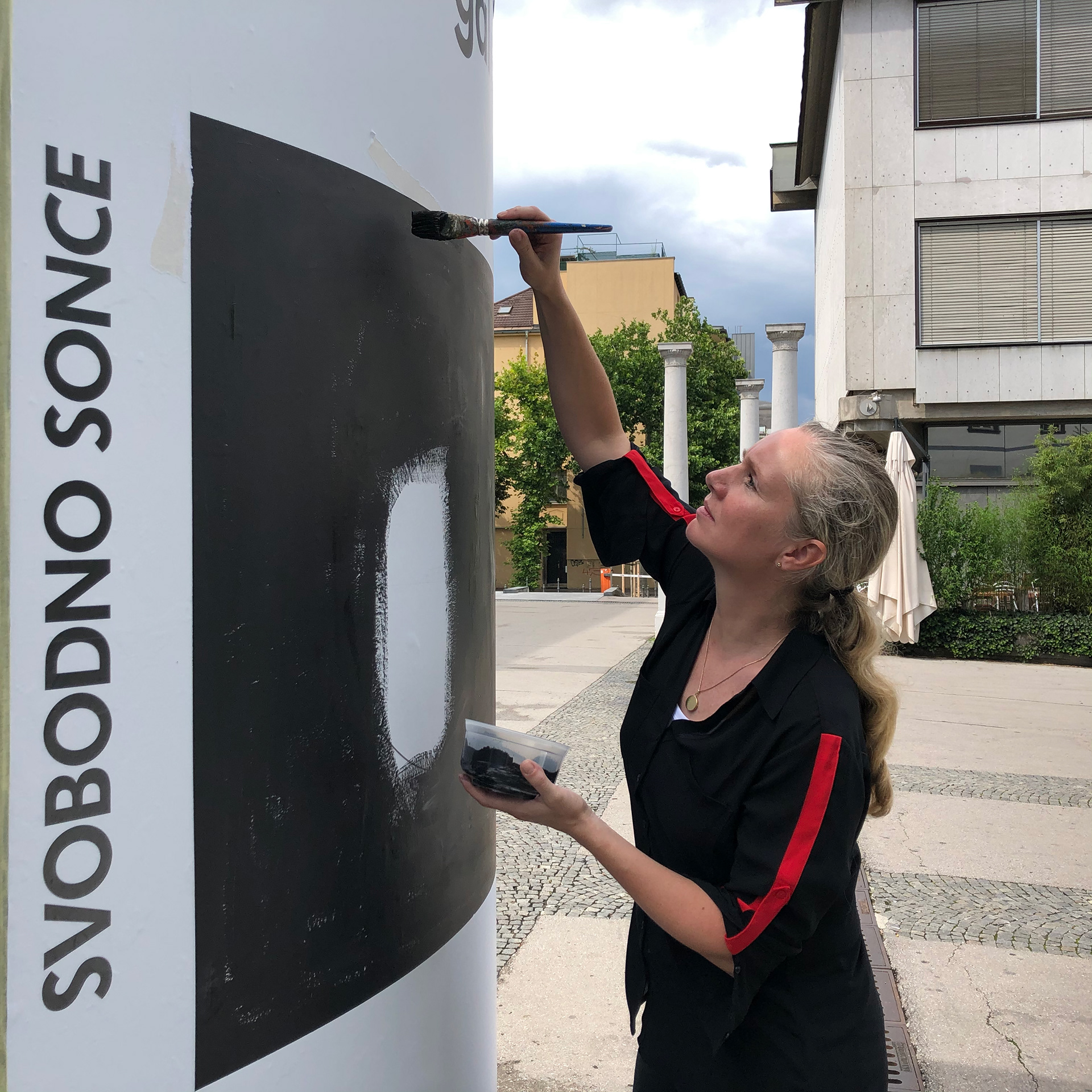 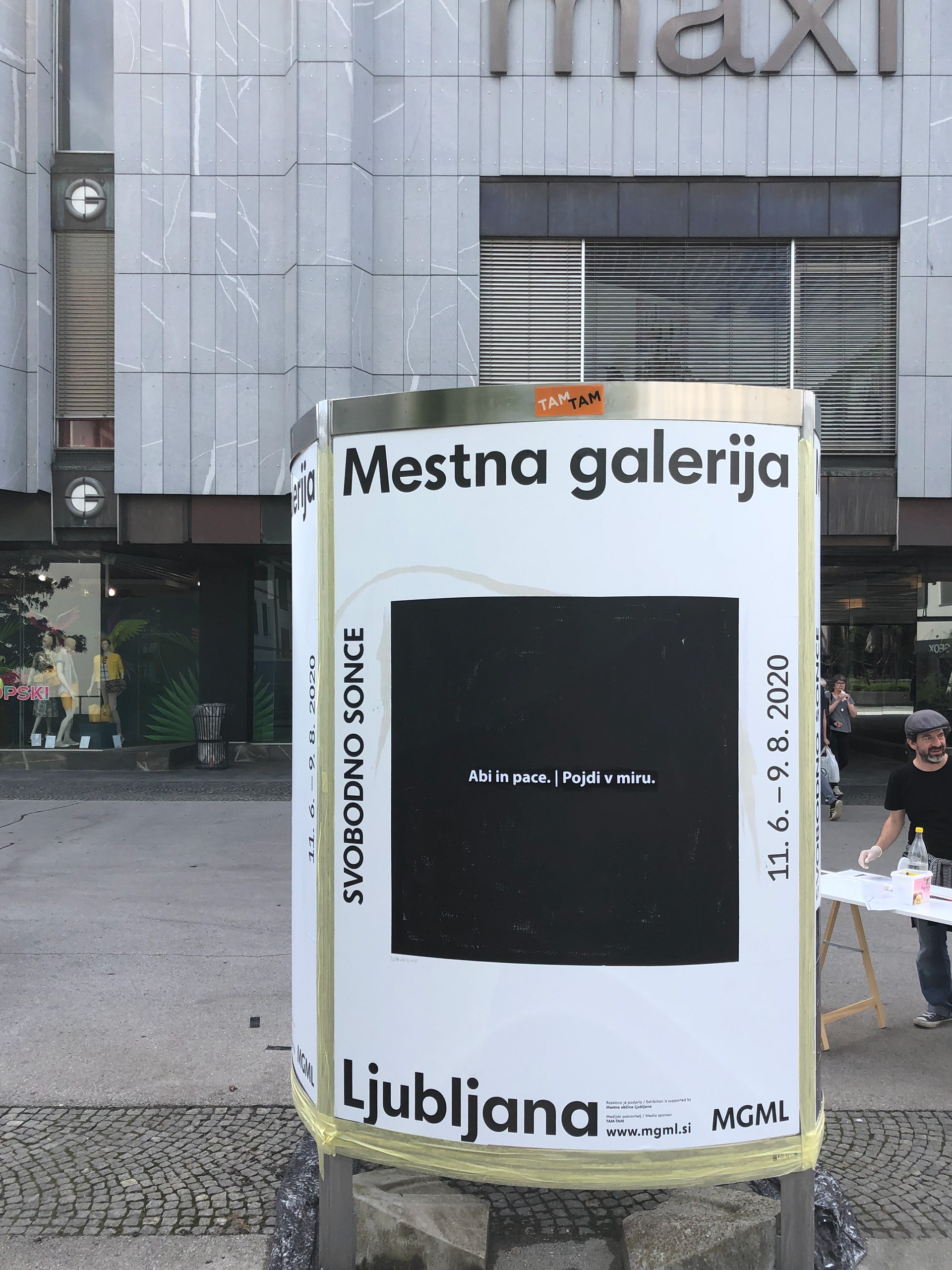 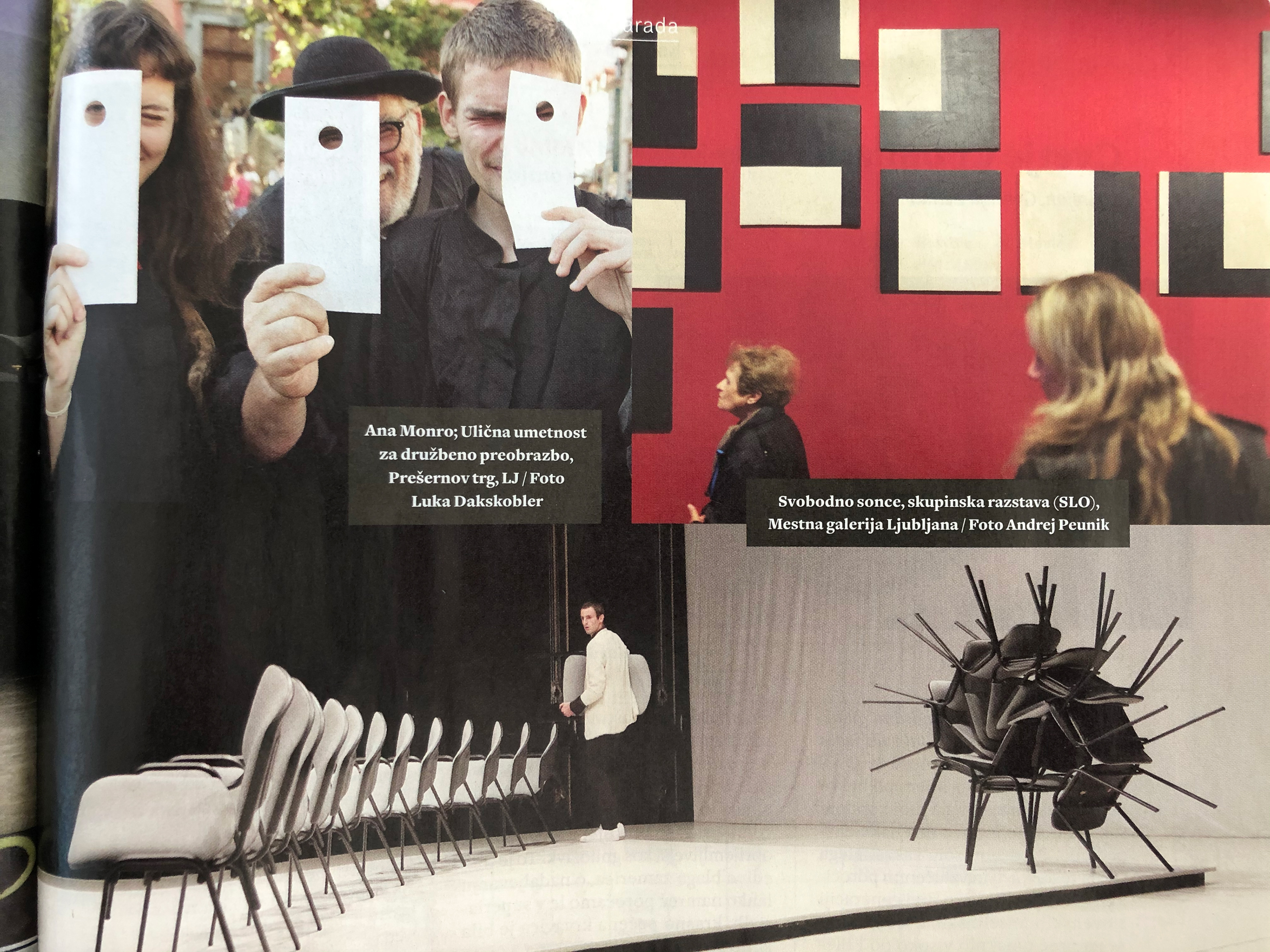 group exhibition
Free sun
11. 6. 2020–9. 8. 2020
Artists presented at the exhibition: Viktor Bernik, Špela Čadež, Olja Grubić, Duša Jesih, Žiga Kariž, Gorazd Krnc, Arjan Pregl, Simona Semenič (in collaboration with Nada Žgank), Maja Smrekar, Miha Štrukelj, Sašo Vrabič
After two group shows – Better Doggy Style Than No Style, 2016, featuring male artists, and Purrrrrr, 2018, featuring female artists – the two groups of artists have come together for this exhibition project despite what might at first blush seem certain incompatibilities in terms of their creative practices. Humorously playing around with their respective “doggy” and “pussy” styles, they deftly avoided the pitfalls of moralizing in the context of contentious definitions of sexual identity or the discourse of “woman as the Other.” Lest the concept of the show be perceived as too loose in terms of content, several work meetings with artists were organized leading up to the exhibition, to achieve greater cohesiveness between diverse artistic poetics with common denominators. The energy of the artists’ intercommunication and their vital, humorous, and constructive reflections on the content in the reference frame of the “fusion of genders” led to the integral core of the show – a group music video PrrrAuuu in Band Aid style (like a re-enactment of the 1991 video Slovenski Band Aid: Svobodno sonce [Slovene Band Aid: Free Sun]). Every artist, without knowledge of what the others sang about, contributed their part of the lyrics and performed it. Taking into account the “obscure higgledy-piggledy-ness” of the material, as one of the artists described it, Simona Semenič and Arjan Pregl ordered the sequences before recording. The music, the instrumentals, the mix and mastering of the sound, the video and its editing are the work of Sašo Vrabič; the final video and the sound from Park Tivoli and the editing were done by Gorazd Krnc, while Maja Smrekar played additional keyboard.
The exhibition concept and video were developed right at the turn from the pre-corona days to the time of isolation. The radical measures of social distancing did more than just postpone the exhibition by two months, they also affected its structure. The artists could not access their studios, art supply stores were closed, and a lot of activities moved to the so-called new online reality. Mestna galerija Ljubljana, aware of the responsibilities ensuing from its primary mission, carried out and still continues a series of art projects Under the Free Sun, some of which will be also exhibited at the gallery. Paradoxically, the spontaneous lyrics of PrrrAuuu, produced before the pandemic, now make sense, are coherent, and have, according to musicologists, acquired the extremely important precognitive and affective role of such formations of performers in the Band Aid music genre; that is, the function of heralding social change, of uplifting spirits, and bringing solace to people who feel endangered with their message of “Everything will be all right, it’ll be fine, it’s going to be great”.
Production: Museum and Galleries of Ljubljana Curator: Mateja Podlesnik Artists: Špela Čadež, Olja Grubić, Duša Jesih, Simona Semenič and Nada Žgank, Maja Smrekar, Viktor Bernik, Žiga Kariž, Gorazd Krnc, Arjan Pregl, Miha Štrukelj, Sašo Vrabič Texts by: Mateja Podlesnik Design by: Ajdin Bašić Technical realization: MGML Technical Department The project was made possible by: City of Ljubljana, Department for Culture
https://mgml.si/en/city-art-gallery/exhibitions/504/free-sun/